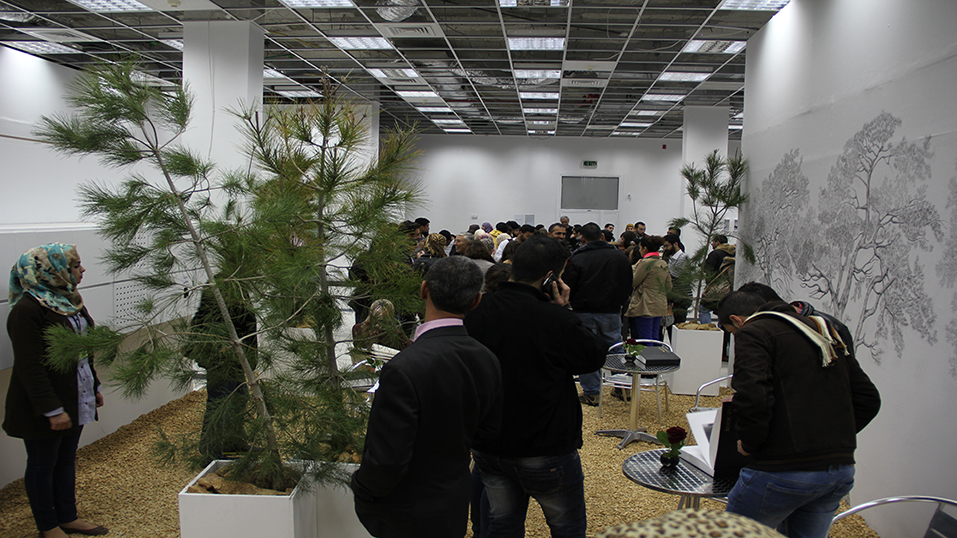 Concept: Urban histories, in particular that of the modernist era in Palestine, fell out from the political definition of what ‘Palestine’ is. Instead, archeological sites and primordial and religious identities become the sole fetish in forging the reference of what is the ‘national’; such as the Roman Sabastiya, or the Umayyad and Mamluk Jerusalem. With a strong link to Arab cities in the 50s and 60s, the modernist project in Palestine, under the Jordanian rule, seems to suggest an example of diverse religious and social life that had featured an inclusive ideal urban environment; a place of sociability and adhere community that had reflected brilliant modernist logic of aesthetics and dynamism. Cinemas, schools, hotels, boulevards, and cafés were landmarks of the thriving intellectual social scenery of cities; whereby different political salons and intellectual coffee shops supported the modernist logic of an ideal city.

Ramallah nowadays, has become a site for visual projections of administrative power through architecture. The Palestinian Authority (PA) uses the city as a stage on which they enact elaborate spectacles of ceremonials and rituals to reaffirm both elements of delusional nationhood and unattained sovereignty. The neoliberal ‘state building’ politics are established on reinventing the history of the city, to glorify the advent of the PA and the delusional triumph of their liberation project. Accordingly, the history of the city has been subjected to perpetual erasure. The minor modernists edifices that existed in the city from the 50s and 60s have been demolished and replaced by private commercial buildings and business towers.

Ramallah’s growing consumer and uncritical society has been diverted from political and social activism, and lacks appreciation and awareness of the urban heritage of modernity. Henceforth, there is no undertaking to preserve this valuable heritage as a true testimony to the historical moment of the 50s and 60s.
Curator: Dr. Yazid ‘Anani
Curator assistants: Dana ‘Abbas, Faiyq Mar’i, Rana Abu Ghannam
Partnership: Ramallah Municipality, (Prins Claus fonds voor cultuur en ontwikkeling), Department of Architecture Engineering – BZU.