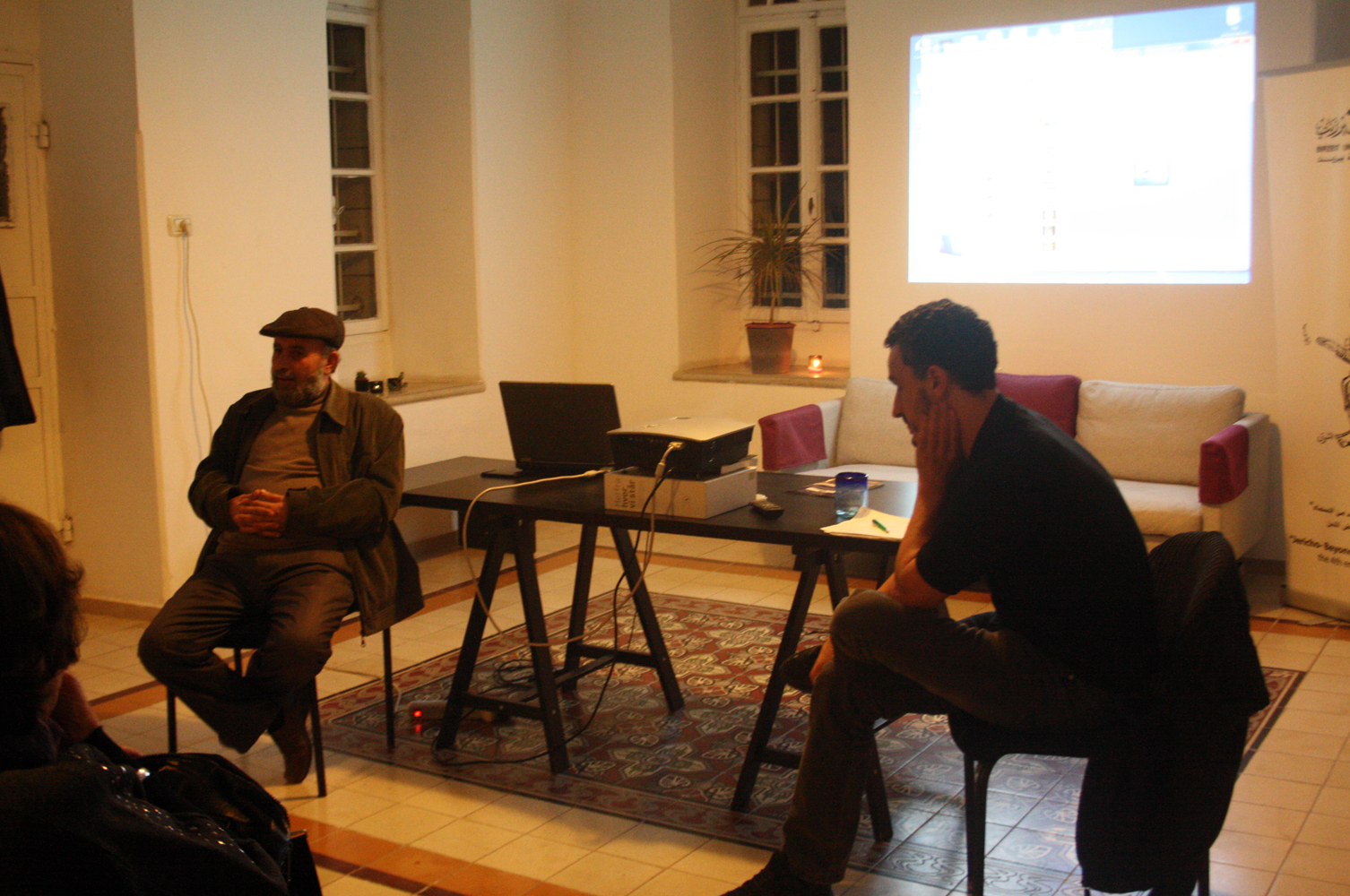 The fourth seminar of Cities Exhibition was moderated by artist Iyad Issa at the Danish House in Palestine. Issa discussed the main theme of his project which tackles modern Jericho, and takes part in the 4th Cities Exhibition: Jericho- Beyond the Celestial and the Terrestrial. The discussion tackled the current reality, the dynamics of urban advancements, and the forces that influence the current growth of sectors such as tourism and leisure. Finally, the artist presented his observations on the influence of these issues on the consumption of the image of the city, and its historical, natural and physical resources.
The artist presented his research findings pertaining to the urban islands inside the city, and their geographic and functional distribution. The discussion brought together invitees of relevant interests, activists and members of the current municipal council. It addressed the vision of the local community and its representatives -such as the municipalities- with regards to the future of the city, and the trajectory of its evolvement. Particular attention was given to the direction of current developments, and to the urban projects that bear a patriotic attribute and trespass the limits of the city’s capacity and population.

Participant : The head and member of Jericho municipality Council.