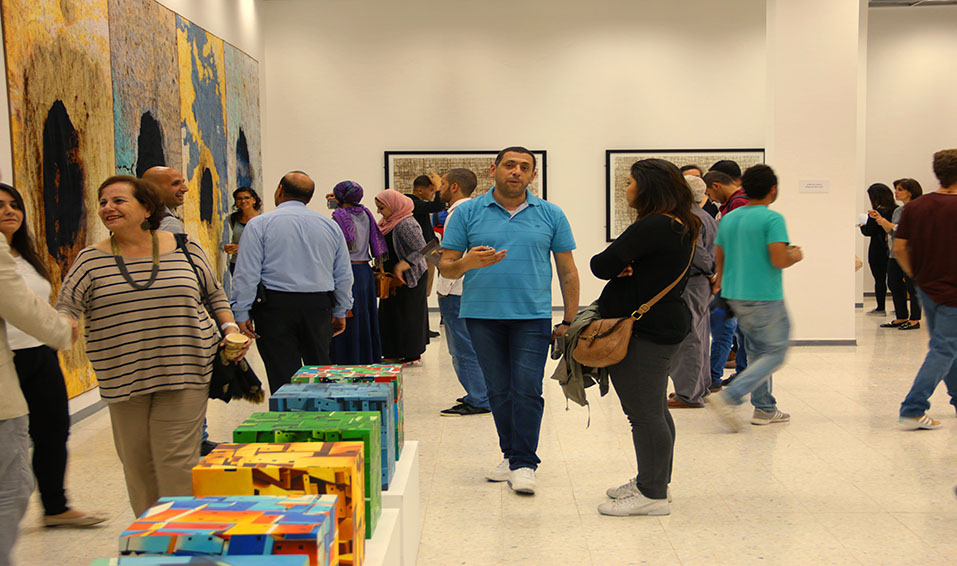 Concept: Floating Free, is the first solo exhibition for the internationally renowned Palestinian British-based artist Bashir Makhoul in Palestine. This exhibition comes over twenty years after Makhoul—originally from the Galilee—became a UK resident, and hence marks a return of some sort.  This exhibition explores aspects of what does it mean for an artist and a by-choice émigré to enact a form of return. This critical enquiry emerges through the production of a body of work that makes close reference to his sense of identity, belonging and loyalty. This is largely happening against a backdrop of which return, remains a concept troubled with paradoxical connotations and consumed by the gravity of history, dislocation and the continuation of colonization. Concurrently, the title, Floating Free, suggests unavoidable contradictions to that of return, which as a concept assumes certitude in relation to where the return is taking place. Floating, on the contrary, is more about uncertainty, flux, hovering in midair in the middle of nowhere.  Essentially it represents unsettlement; a perceptible reiteration of the continuous displacement across borders and nations.
Floating Free presents a series of art projects, through which the artist explores new ways of visualizing locations and articulating identities. The exhibition features a new series of oil paintings, tapestries, lithography prints, wooden sculptures, site-specific installations and wallpaper. The exhibition also interrogates concepts of ownership, belonging and colonial practices through a major public space performance that will take place through a march in the streets of Jerusalem and will end with an on-site installation at Karm al-Khalili.
All the works displayed are visually linked by imagery of unfolding repeated motifs as if they all interlaced with a thread that has brilliantly woven a journey where art and politics meet. Floating Free investigates issues of territorial and cultural appropriation and interrogates the limits of the condition of location, identity, humanity and ethics. It debates the nature of art and its role within a globalized, market-dominated world.
The exhibition was showed at two venues and will have two consecutive openings; on 8 October at al Hoash Gallery – Jerusalem to be followed  on 10 October at Birzeit University Museum.