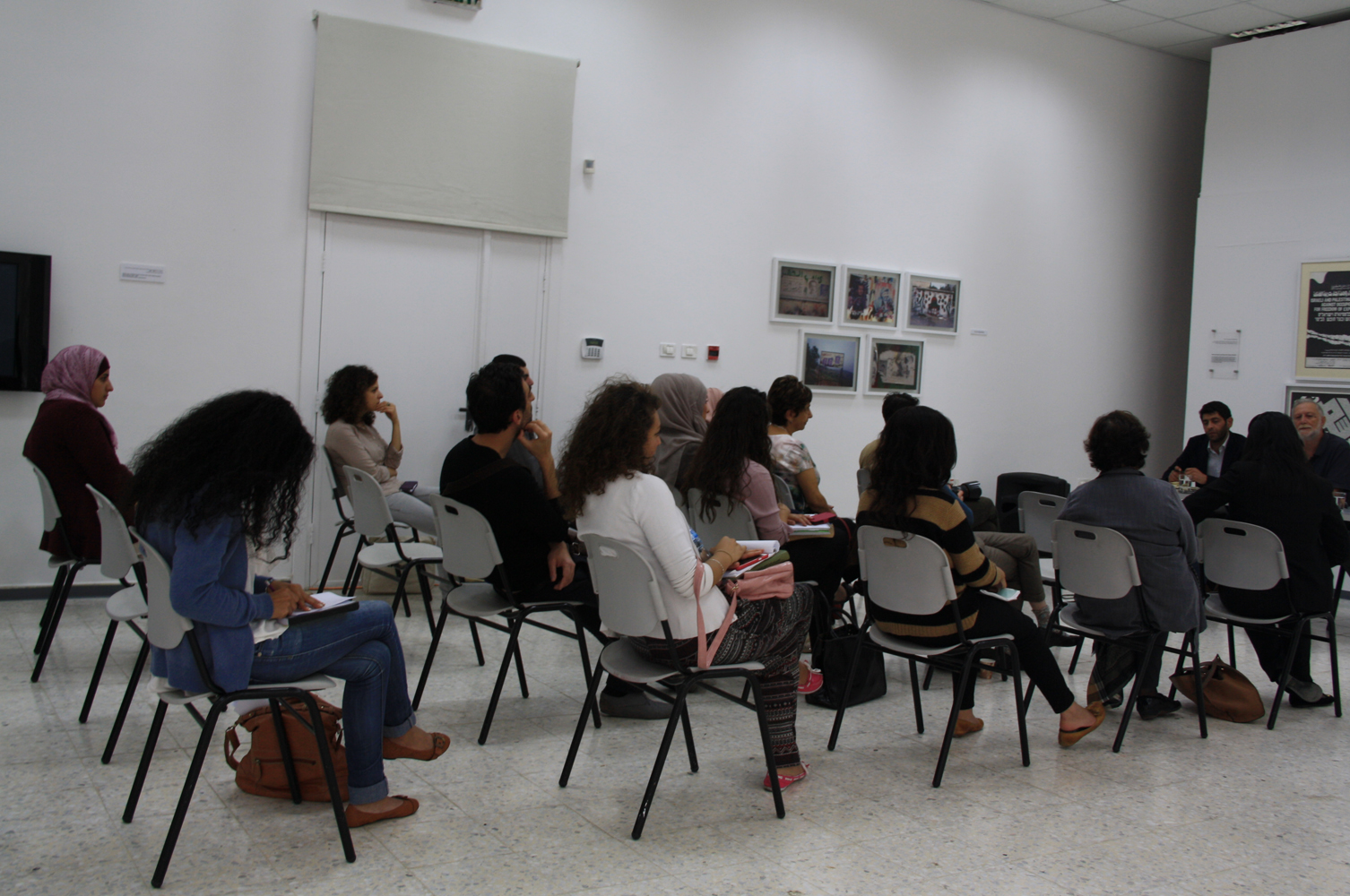 The second discussion was in November 26th and focused on reviewing the role of artists within cultural politics in people resistance initiatives in the areas that have been occupied by the Israel since 1967 during the 1970s and 1980s. The discussion’s participants were: the two Palestinian artists Suliman Mansour and Nabeel Anani, and political and anthropologist at Birzeit University Ala Alazzeh.