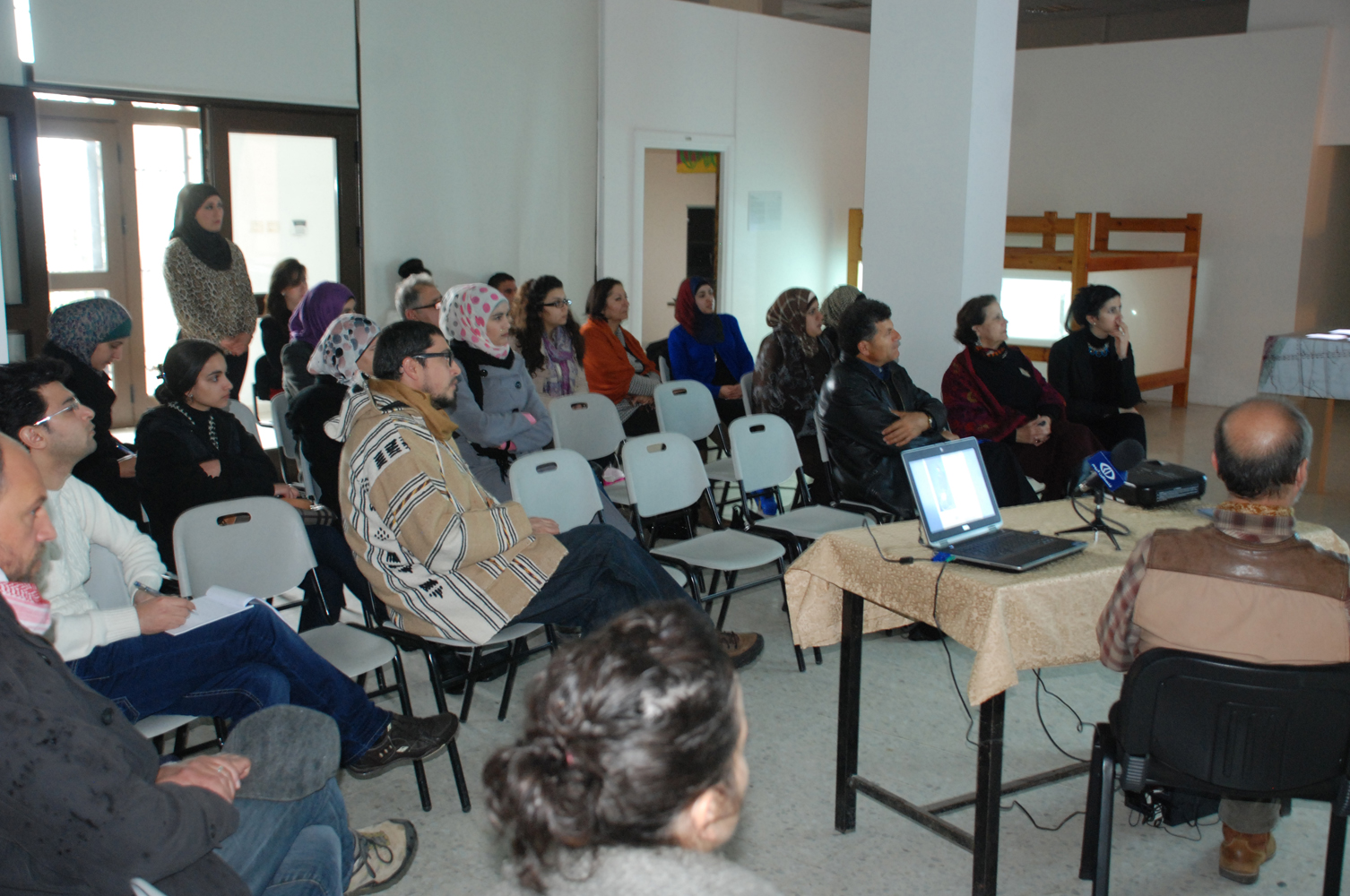 A meeting was organized with artist Naser Soumi to learn about his new project The Memory of Indigo. The artist explored the various components of the indigo plant that used to grow in Palestine, particularly in Jericho area up until the beginning of the 20th century. He demonstrated the different functions of the coloring plant, most importantly, its role in the local visual cultural heritage in Great Syria, and other parts of the world. Soumi explained that the indigo plant is a pigment-color with a special shade of blue. The pigment is extracted from indigo plants that belong to the Pea subfamily, and grow mainly in India. It was planted mainly in Jericho in the recent past, and it is for this reason that it was commonly associated with Palestine.  Indigo plant of Jericho was considered the purest type. It was not only used as a dye, he explained that it also has artistic and technical uses in art painting, house painting and in the household in general, and in the medical sector.