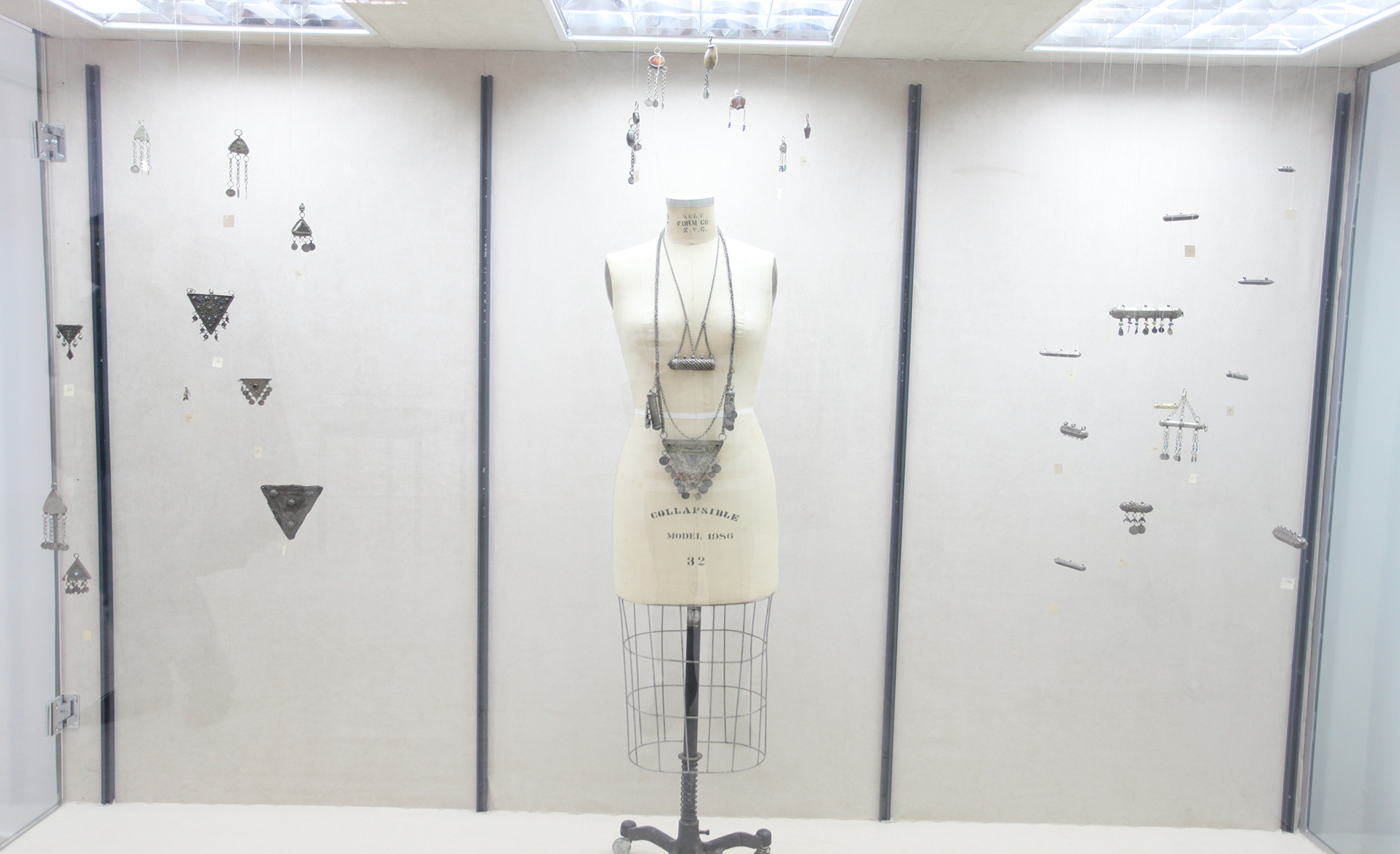 This cabinet shows the transition of the amulet tubes known as cucumbers (khiarat) along with the triangles from the purely functional to the purely aesthetic. Originally used to house and contain talismanic scripts and paper amulets to be worn on the body, they became items created simply for their aesthetic value, to be worn as jewellery. In many cases the khiarat and triangles were nevertheless created as fully functioning containers, except they were worn empty. In other cases the three dimensional shape was maintained, except the triangles and khiarat were sealed shut so they could not be employed in any spiritual capacity.
It is worth mentioning that the use of the amulet containers was common for people in the region regardless of faith or origin. The exhibited khiara with Hebrew text is a pre 1948 example, collected by Kanaan for the sake of comparison, to show the difference and similarities between the faiths and their use of objects in that context. It is also worth mentioning at this point that a considerable amount of the silver jewellery, in particular filigree work, worn by women in Palestine and known as Palestinian was made by Jewish silversmiths from Yemen. According to Weir, Yemeni Jews came to Palestine long before the Zionist mass migration of European Jews to Palestine. This could be an explanation of how this particular khiara came to be found in Palestine.
As opposed to the khiarat which seem to have developed from purely functional items, the triangles seem to have been used for the spiritual significances of their shapes and perhaps numerological importance. Triangular beads, filed alum stones, silver triangles could be spotted worn and in use in various mediums for varying reasons. Therefore, unlike an empty khiara a flat triangle or an empty triangle could have further spiritual significance than simply being a vessel.