Ninth Wave of Killing on the Western Road 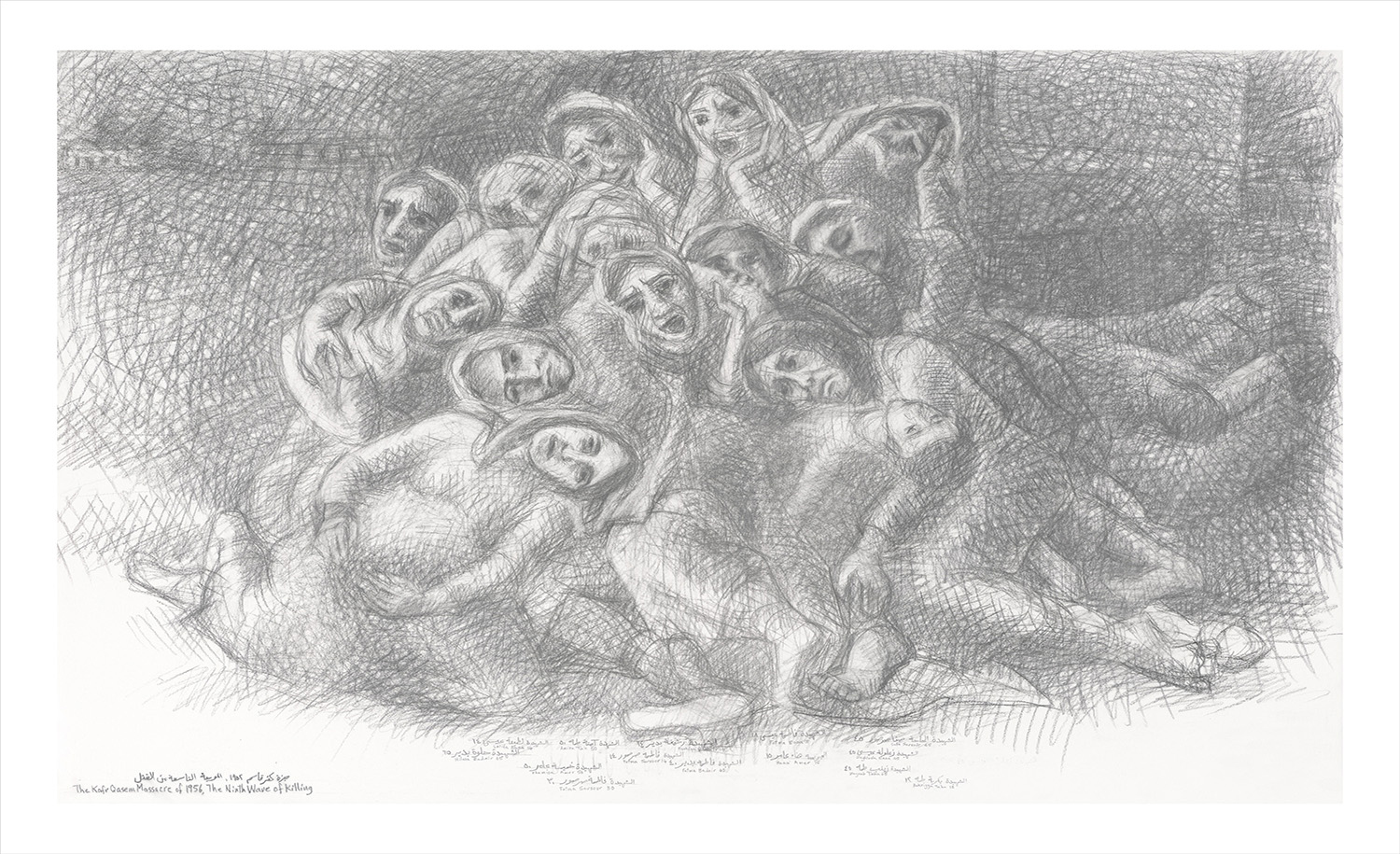 15 (note to designer: Dedicated caption to drawing D2154 and D2155)
Night had fallen when the truck of the Ninth Wave arrived at the location of the massacre. Among the victims were two men in the cab and 14 women with two boys in the back of the truck.  The driver, seeing the scattered corpses, tried to escape at high speed. This alerted the women who had been singing after a long day’s work and then unwittingly began to scream at seeing the dead, thus alerting the recumbent soldiers resting at the school well. The soldiers then ran after the truck that had nearly escaped, shot its tires and gas tank, and stopped it. Safa Sarsour, having just seen her 16-year-old son, Jum’a, dead on the side of the road, now witnessed her second son, 14-year-old Abdallah along with the men, being lined up and shot dead in front of her eyes. The women, one pregnant, some elderly, and some girls, pleaded for their lives. The only survivor was Hana Amer, 15  years old, who said that the women clung to each other for protection. Even the two girls who had managed to escape returned to the circle. As they were being shot, the women held hands and rotated as one big group and one by one they fell. The soldiers continued shooting into their heads to ensure their death.

How does it measure western civilization when Israeli soldiers line up defenseless women, some pregnant, tired, returning home from work, and kill them with cold deliberation?