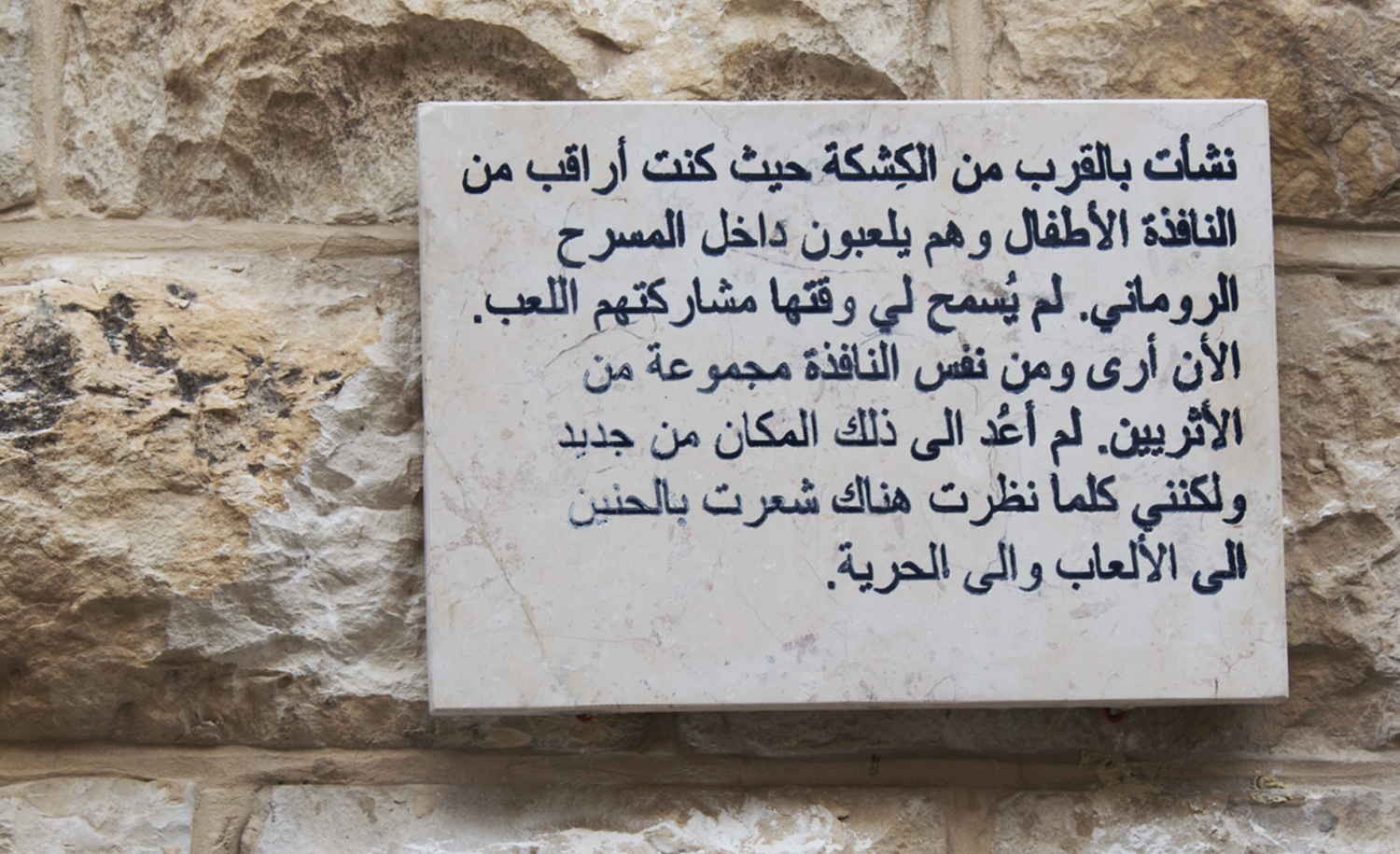 ‘Memory Nablus’ is an initiative of the artist Angelika Boeck, in which she invites the people of Nablus’ to carry on the work started by her, through adding their own memories on plaques in public spaces. Ten Inscriptions are placed on the walls of the square surrounding Diwan Al-Yasmineh in the Yasmineh neighborhood of the historic center of Nablus; a neighborhood that has been heavily destroyed during the Intifada in 2000. A Diwan (which in German language is used as synonym for anthology) is a traditional community meeting point where people come together for important occasions in life, such as weddings, funerals and communal

deliberations. The texts engraved in stone plaques, a technique largely used in Nablus’ townscape, are based on interviews Boeck held with inhabitants of Nablus in the context of ‘Cities Exhibition – Between Ebal and Gerizim’ in 2011.