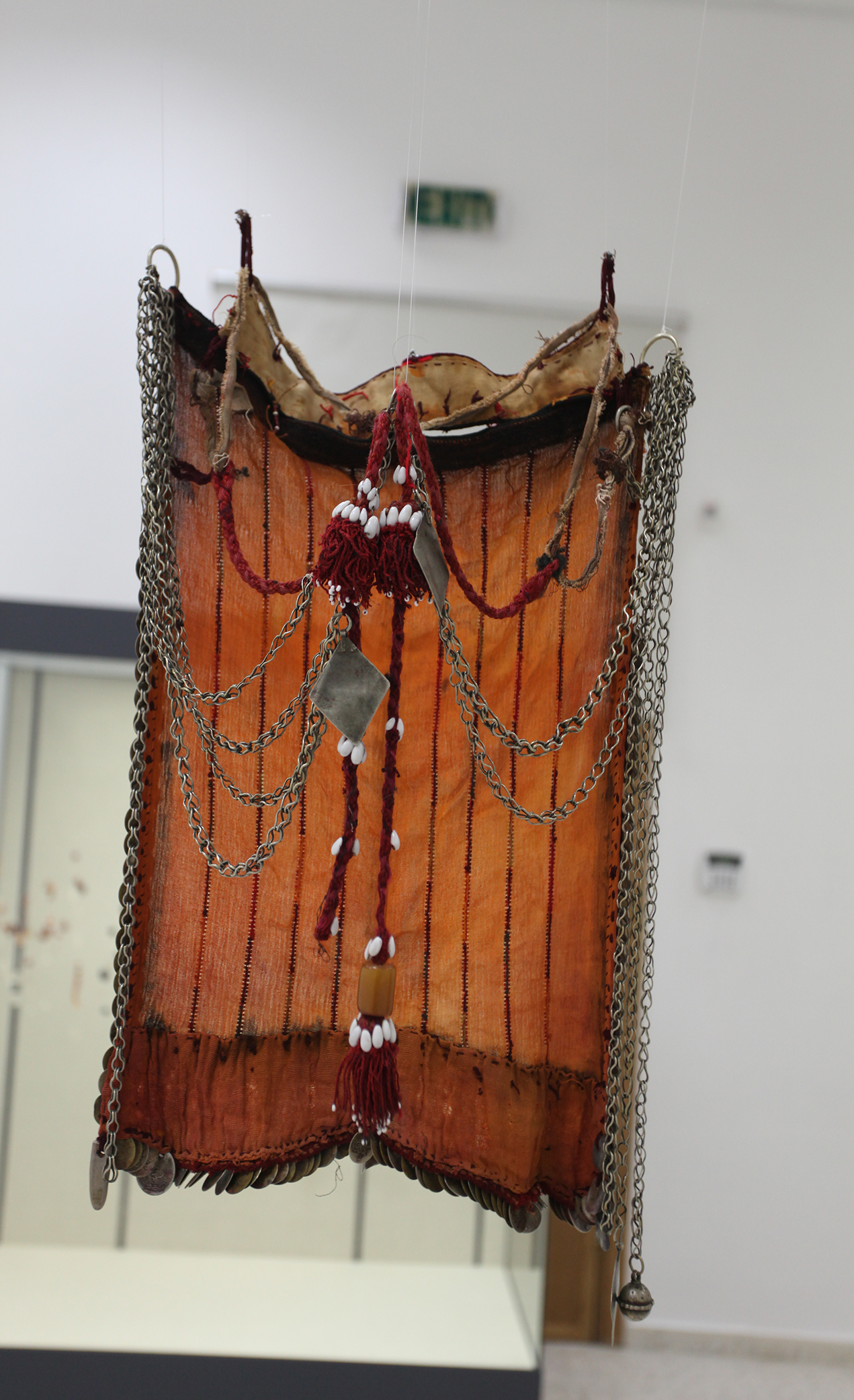 By conspicuously removing, concealing or destroying the most visible symbols of wealth in their attire, women demonstrated their genuine and unquestionable grief. Snubbing wealth in times of loss was a clear statement that life was invaluable.
Seen as the most direct and blatant reference to wealth, coins on the headdress were either taken-off or concealed depending on the style of the headdress. Weir (Palestinian Costume, 1989) talks about how in the Ramallah area it was also common to remove or hide the coins when a very close relative was away travelling.  The headdress (araqieh) from the Hebron area has been covered with a dark silk organza to demonstrate the practice of partially concealing the coins.
The rending of the chest panel (qabbe) on dresses and wearing the destroyed dress for the duration of the mourning period was another manner in which grief was expressed. As one of the principle features of the dress, the qabbe was one of the more visible and expensive parts of the dress. Weir discusses both practices concerning the coins and collars, and further explains that sometimes the dress had to be new and given as a gift.
The displayed qabbe was found in the market in the Old City in Al Quds (Jerusalem). According to the colours and style of embroidery, it is likely that the qabbe belonged to a Bedouin dress. Whether the rip was made as a manifestation of grief or otherwise is not clear.