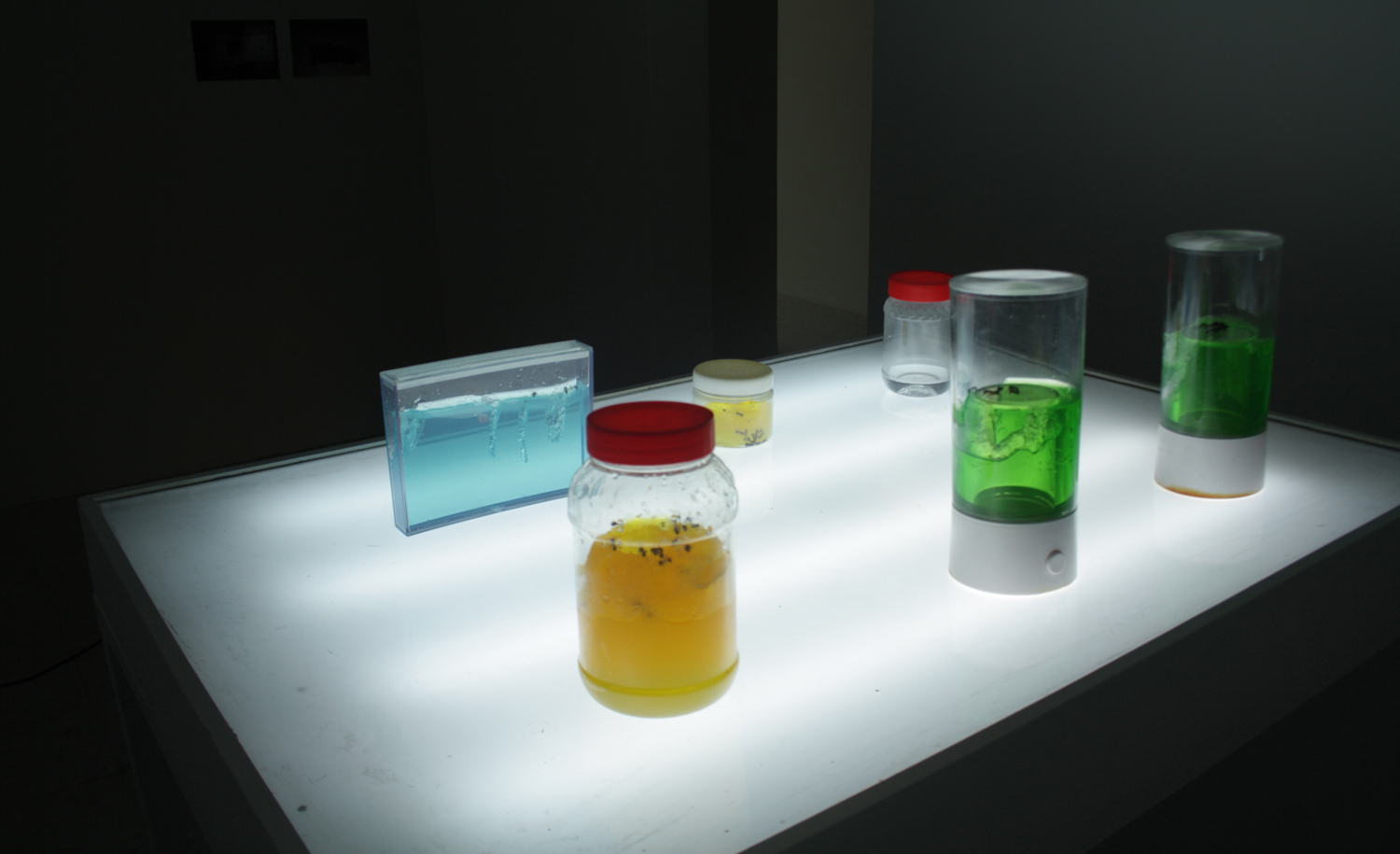 Ant Farm Nablus (AFN) addresses the theme of ‘inverse geometry’, a high-concept spatial technique used by the Israeli Defense Forces (IDF) in the incursion of 2002 of Nablus. It was described by Eyal Weizman in his article Walking Through Walls: “…During the battle soldiers moved within the city across hundreds of meters of ‘overground tunnels’ […] the military borrowed metaphors from the world of aggregate animal formation as ‘swarming’ and ‘infestation’ […] the IDF’s strategy of ‘walking through walls’ involves a concept of the city as not just the site, but the very medium of warfare, a flexible, almost liquid medium that is forever contingent and in flux.”

The starting point for ‘Ant Farm Nablus’ (AFN) is a map of the old city of Nablus made of translucent ‘agar-agar’ - a vegetarian gelatin substitute. The map functions as an ant farm as the gel serves as habitat and provides nutrition for the ants. This allows the viewer to watch the ants turn the gel map into a colony of tunnels. ‘Ant Farm Nablus’ depicts what it means to be able to bend space to your own particular navigational, political and military needs. Nearly ten years after the invasion of Nablus, Tom Bogaert recreates the moment the military moved through walls and through holes blasted in ceilings and floors. He brings movement and chaos back into the equation in an eclectic range of mediums including: photography, sculpture, digital animation and sound. Old wounds are made fresh again by making the edges of the ‘overground tunnels’ bleed again. For this, the artist used large chunks of gelatin as make-shift building material. The dead ‘inverse geometry’ traces he managed to find in Nablus now look new again, as if giant alien bugs have just blasted their way through the walls by using plasma guns - the liquefied concrete still steaming and whizzing.