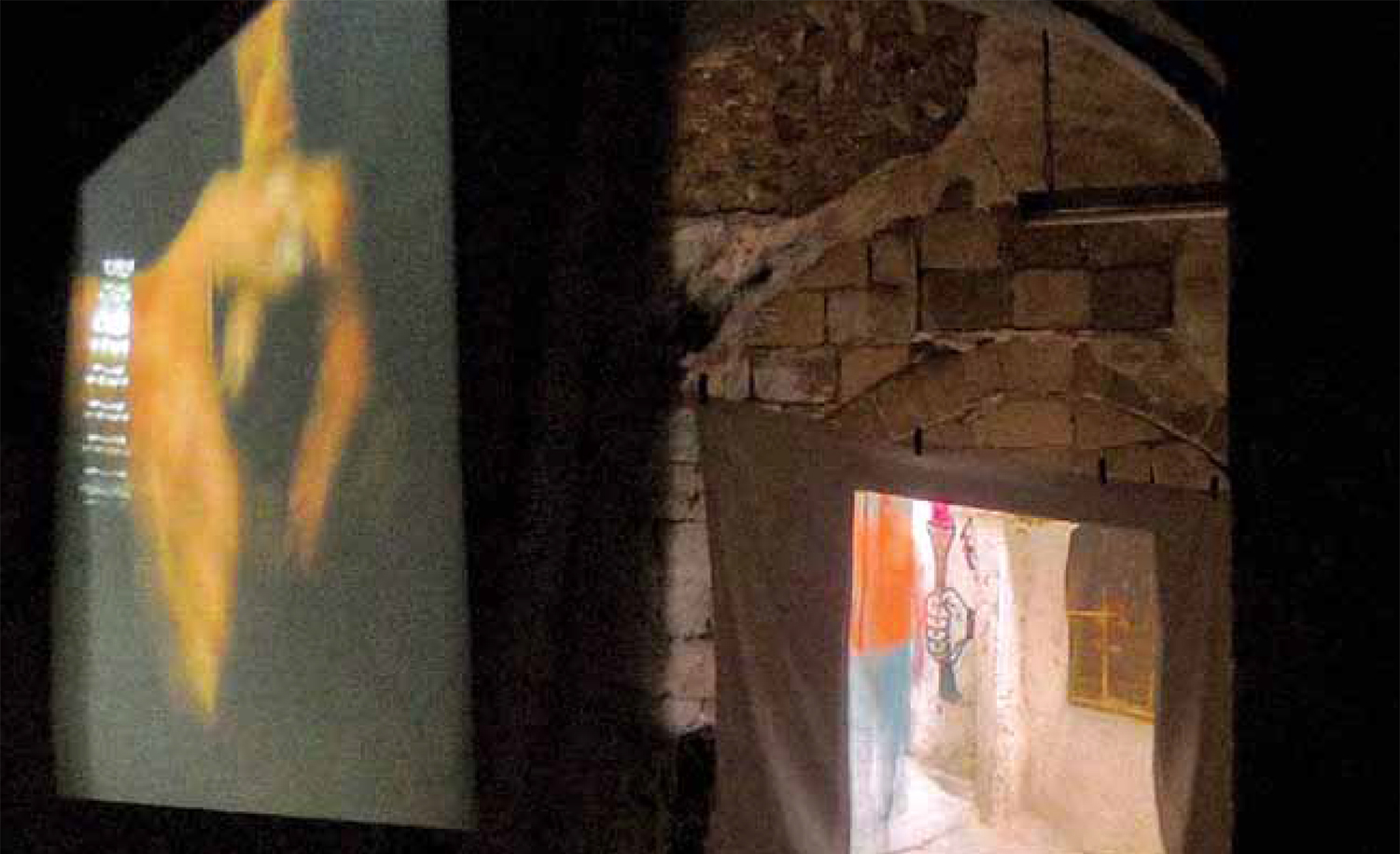 Deleuze and Guattari said that a book has neither object nor subject; it is made of variously formed matters, with very different dates and speeds. It should never be attributed to any one person because it would then lose all that matter. Fluctuating Fragments proposes to undertake an experience on the same premise. A foreigner's gaze on the city, filming activities and processes is equal to an outsider’s exercise of writing a book or creating a piece of work. Thus, all the velocities and fragments of the city are allowed to permeate and stab the process freely, rendering the work a true account of what the stranger experiences. A journey between Ebal and Gerzim is set to explore the city of Nablus as a living organism that, like all living things, eats, sleeps and has physical needs. The journey takes the form of a series of walks between the two mountains that embrace Nablus. The routes that cross the city are chosen every day randomly and without previous knowledge of the place. Fluctuating Fragments embarks on issues of displacement and identity. The underlying theme focuses on the experiential rather than the visual with an intention to involve the audience in an active ‘reading’ of the work, to affect a challenge in perceiving-through the means by which it is presented, and by what is actually seen.